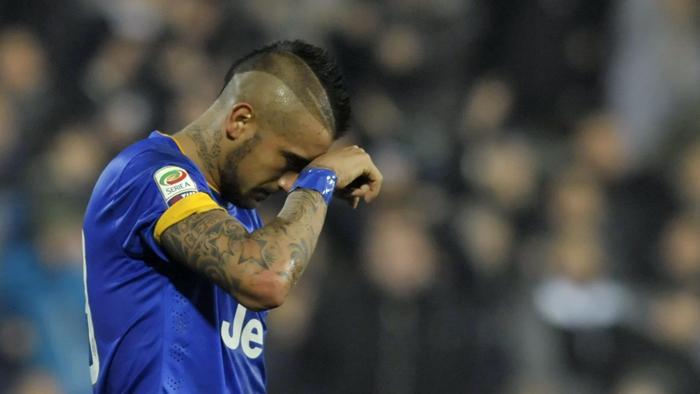 Last weekend off the season and what a weekend, what actually happen a total of 47 goals were scored that an average 4.7 goals per game, let’s take a few off them Juve 2-2 draw, was outshone by the likes of Cagliari 4-3 defeat of Udinese, Inter 4-3 against Empoli, Torino 5-0 against Cesena, Lazio going to Napoli and winning 4-2, Sassuolo 3-1 beating of Genoa, Milan 3-1 win at Atalanta, others Sampdoria 2-2 with Parma Roma 1-2 against Palermo and finally Fiorentina 3-0 beating of Chievo.

The final league game Juve share the points with Verona, it was not a boring game, Juve could have taken the lead in the 33rd when Llorente’s shot hit the cross bar, but in the 41st (what can only be described as the goal off the season) a long ball forward by Pogba was picked up by Pereyra on the left side of the field outside the box, moved crosswise towards the front of the goal, level to the D left side he took a shot which beat the keeper and entered on the top between the post and crossbar 1-0, (need to see the goal), Toni in the second half levelled a well taken chance as the defence was caught out, nine minutes later Padoin chased a ball that looked dead put the ball back in the middle and Llorente took full chance and made it 2-1, then the last five minutes of craziness, first a penalty by Tevez saved by the keeper, then three minutes later Pepe sent off for a silly foul on the centre line, from that free kick Verona levelled the game header by Gomez.

Sassuolo beat Genoa 3-1, it’s not the result that counts here it’s the fact that both Berardi and Zaza scored their last goals for Sassuolo in the 3rd minute Berardi gave the hosts the lead then a double by Zaza in the 18th and 32 minute made 3-0, but Zaza missed a penalty in the 68th, on the 80th minute he left the field to a standing ovation the player was emotional, same was for Berardi. As for Zaza will join the bianconeri in the next few days, but Berardi no future yet where he is going, but he is off.

Juve has already reinforced the ranks apart from Zaza the other arrival is Samir Khadira on a freebie, the medical went well, they stated that the injury could clear and the player is fit and well.